It’s hard to plan for a crisis — each situation poses its own unique challenges and variables. How do we know what kind of natural disaster, pandemic, or cultural revolution is around the corner? We can do our best to mitigate risk or build foolproof strategies, but something will inevitably come to pass that just wasn’t in the plan. The pressure and high stakes of crisis, however, can give rise to unexpected creativity.

2020 has served a crushing blow to tourism around the world. While some destinations have the infrastructure and resources to sit tight and weather the storm with a plan humming in the background, others build and execute their strategies in the midst of chaos. Zimbabwe, a country known as much for its spectacular natural beauty as its history of turbulent politics, is one such example. 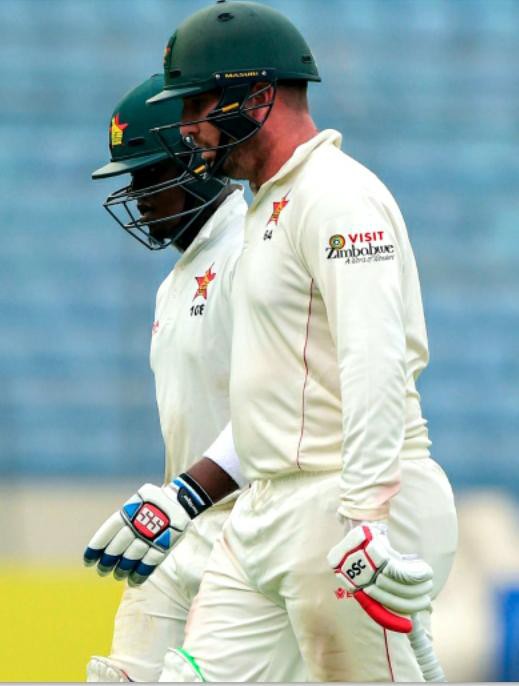 Upon reopening after lockdown from COVID-19, the Zimbabwe Tourism Authority (ZTA) did something unexpected as part of their recovery strategy: they sponsored the Zimbabwe national cricket team. Not exactly your usual crisis playbook material. What makes this a smart move? And what can we learn from it?

Zimbabwe is good at cricket. Its test cricket team ranks 10th in the world — a point of pride for Zimbabweans. As a former commonwealth country, Zimbabwe shares its passion for cricket with a number of other English-speaking countries. It’s no coincidence that some of its biggest tourism markets also happen to be former commonwealth countries with a familiar culture and language, such as Australia, South Africa, and the UK. Cricket match viewers in these countries will engage with the idea of traveling to Zimbabwe in the context of their countries’ shared love for the game.

Zimbabwe isn’t the first to use sports as a cultural connector — Brand USA recently sponsored the NFL’s London Games, for example. The UK is among the US’s biggest markets for tourism and by piggybacking on a cultural touchpoint, American football, Brand USA was able to reach an audience that was already receptive to American culture through shared customs and language. 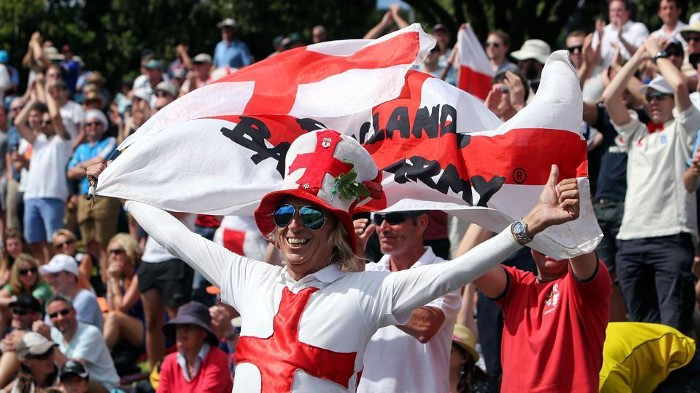 England’s most fanatic cricket supporters dub themselves the Barmy Army and follow their team to games around the world (photo credit: arysports)

Zimbabwe’s tourism recovery strategy relies on attracting local and regional tourism first, in this way prioritizing saving jobs and providing a “soft landing” for the industry as it reopens to the market. South Africa, on their Southern border, is far and away Zimbabwe’s largest source of international travelers, making it an ideal target for initial tourism campaigns to bring in much needed revenue, and is as crazy about cricket as — if not more than — its Zimbabwean rival. As Zimbabwe looks to attract tourism from further afield, cricket-watching nations continue to be an important target.

Even when considering Zimbabwe’s longer-term goals, cricket still plays an important role. In Zimbabwe’s Vision 2030 plan, the administration aims to build the tourism infrastructure to attract more luxury travelers. India just so happens to be seeing the fastest growth of Ultra High Net Worth Individuals (UHNWI) of any country, and is conveniently also the largest — and arguably most passionate — cricket-playing population in the world. 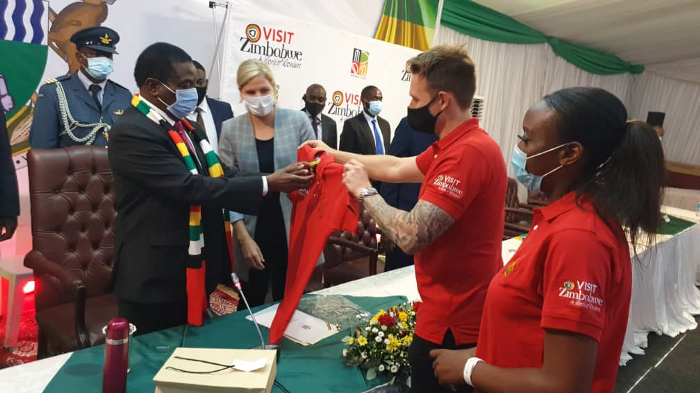 President Mnangagwa admiring the new cricket team shirt design. His new administration‘s sponsorship of the team underscores its commitment to being an exemplary nation of the world. (ZimbabweVoice)

3. Put your values to work

While Zimbabwe’s heritage is a fixture in the cricket world, it hasn’t been without hiccups. In summer 2019, the International Cricket Council suspended Zimbabwe from participation in all ICC events as punishment for Zimbabwe’s government failing to provide free and fair elections. The team missed out on 2019 ICC World Cup and 2020 Twenty20 World Cup — a huge disappointment to the team and its fans. Zimbabwe’s administration could have moved on and looked to give attention to more important matters than how their politics are interpreted by a sports council, but they didn’t. The minister of sports went straight to work communicating with the ICC to have Zimbabwe’s status reinstated, which they were only a few months later. The ICC’s move to leverage political pressure shows how fundamental they understand cricket to be to national pride and how detrimental Zimbabwe’s absence from the cricket world can be for their reputation. But Zimbabwe’s new administration’s willingness to work with the ICC to have the ban lifted also shows the world their commitment to becoming a nation in good political standing.

Sponsoring their national cricket team won’t reinvigorate Zimbabwe’s tourism on its own, but it’s a step in the right direction and a promising sign of the innovation at work in Zimbabwe’s future tourism strategy. We would do well to take a page from their book.

Destination Marketing Playbook: Rules for Navigating Your Next Crisis

It’s easy to become convinced that every new moment of crisis is unique, distracting us while we invent new solutions or get crushed by indecisiveness, but there are common threads tying moments of crisis together. Sometimes we see a crisis coming
Read Post

A beaming, sun-kissed mother gently caresses her infant son who floats peacefully in a bathtub full of fresh flowers. Candid laughs between a mother and daughter wearing matching aprons as they make brownies in an immaculate, minimalist kitchen. The...
Read Post